Posted on November 3, 2021 by theplainspokenpen@gmail.com 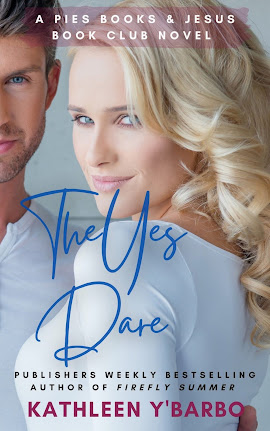 Have you ever wished for a second chance to fix something you’ve messed up or for the courage to say yes to something that just may change your life? Sometimes saying yes to the last thing you want can mean saying yes to exactly what you need.
Ryan “The Rocket” Sutton’s winning streak is legendary makes him the undisputed best quarterback in the NFL. However, thanks to one dumb mistake, he’s a failure as a husband to Coco, the only woman he’s ever loved. When a judge’s mistake in divorce paperwork means Coco is still his wife, Ryan makes up his mind to fix what he ruined. Ryan’s game plan doesn’t count on an internationally famous movie director’s camera crew following him as he competes for Coco’s love.
After spending most of her adult life as a football wife and mother to twin sons, fashionista Coco Sutton is learning how to be single and fabulous. Emphasis on Fabulous. The sports trophies, memorabilia, and heavy masculine wood furniture in the home she used to share with Ryan have been banished to the attic, and her home is now a cozy haven of plush candle-scented comfort. She’s got big plans that include owning a boutique or maybe an art gallery, but she never planned to take on the biggest challenge of her life: staying single. Then her best friend gives her a copy of a book called The Yes Dare, and all her plans are turned upside down.
From a Hollywood movie to the local spring event formerly known as the Cow Chip Toss Festival and a country crooner with a crush on Coco, will Ryan dodge the obstacles to win back the only woman he ever loved?
CLICK TO PURCHASE!

I’m not a romance reader. But this book was wonderful. I read it while my whole family was sick with the Covid, and it was just what I needed. It was a quick read, with characters I could cheer for, and parts that made me laugh right out loud.

Ryan “The Rocket” Sutton, NFL quarterback extraordinaire, deeply regrets divorcing his ex-wife Coco. When he learns that a judge’s mistake on the divorce papers means they’re still legally married, he jumps on that as a second chance, an opportunity to win Coco back and make things right. Coco is, shall we say, skeptical. And she’s just let her best friend talk her into reading some book called the Yes Dare – encouraging her to say yes to more things in her life. That leads to Coco saying “yes” to being in charge of the town’s financially strapped annual Cow Chip Toss Festival, something she NEVER thought she’d do. All this is happening while Ryan is making a foray into professional baseball while still playing football, and a movie crew is following him and Coco around to document the whole story.

Ryan and Coco are both delightful characters. Ryan is so genuine in his love for Coco, I had a hard time believing he was ever, even for a brief moment, dallying with some other woman.  And Coco is no pushover. She isn’t falling hook, line, and sinker for whatever Ryan says. Oh, no. If he wants to win her back, he’s going to have to work for it. Not that she’s trying to play hard to get. She just doesn’t see them ever getting back together. Ryan persists. Shenanigans ensue. There are some funny moments, some tense moments, and some where I just about cried.

The Suttons’ twin boys, mostly grown and flown and off at college, are wonderfully written. You can tell they love their parents dearly, and they’re on their dad’s side in the whole getting back together thing, even though they realize his efforts are kind of making their mom nuts. I’m a boy mom, so I’ll own to a soft spot for boy children.

Okay, I’ll admit it. I’m a romance reader now. The Yes Dare has put me over the top on that. I have to go read the rest of the series now, and I hope there are more to come after this one.

Five sweet-as-pie stars from me! 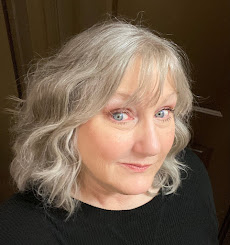 Publishers Weekly bestselling author Kathleen Y’Barbo is a multiple Carol Award and RITA nominee and bestselling author of more than one hundred books with over two million copies of her books in print in the US and abroad. A tenth-generation Texan and certified paralegal, she is a member of the Texas Bar Association Paralegal Division, Texas A&M Association of Former Students, Texas A&M Women Former Students (Aggie Women), Texas Historical Society, Sisters in Crime, Faith Hope and Love Christian Writers, and American Christian Fiction Writers. She would also be a member of the Daughters of the American Republic, Daughters of the Republic of Texas and a few others if she would just remember to fill out the paperwork that Great Aunt Mary Beth has sent her more than once.
Kathleen and her hero in combat boots husband have their own surprise love story that unfolded on social media a few years back. They make their home just north of Houston, Texas, and are the parents, grandparents, and in-laws of a blended family of Texans, Okies, and a trio of adorable Londoners.
Website ║ Bookbub ║ Facebook ║ Instagram
Amazon ║ Goodreads ║ Pinterest 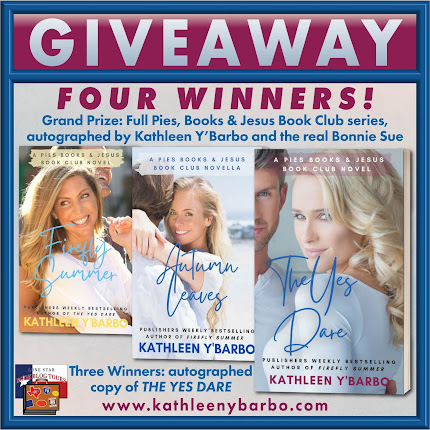