Posted on December 17, 2021 by theplainspokenpen@gmail.com 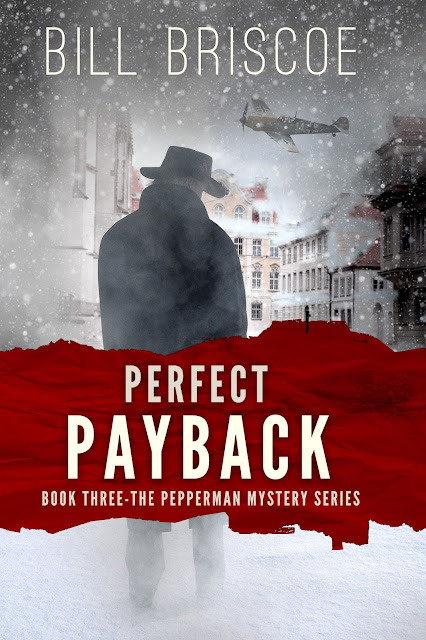 When Jim and Laura Pepperman find a musty German Olympic jacket and an old journal in their attic, they stumble onto a gripping pre-World War II story of a cousin Jim knows nothing about.

After a career-ending injury forces Hans Pepperman to lose his spot on the 1936 Olympic boxing team, he trades his athletic aspirations for a degree in mechanical engineering and secures his dream job working for the famous Willy Messerschmitt. Tasked to solve the stalling issues of the BF109 fighter plane engine, Hans finds himself smack in the middle of the Abwehr Intelligence Service’s radar. Pro-Germany but anti-Nazi, he reluctantly agrees to help flush out the spy leaking secret information on the BF109 engine to foreign agencies . . . and finds himself a suspect of espionage and murder. Unsure who to trust, he must unravel the tangle of lies he’s caught in before he falls prey to the Nazi agenda slowly and stealthily taking over the country he loves. 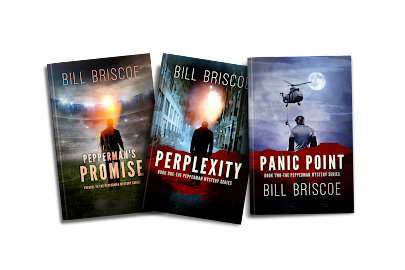 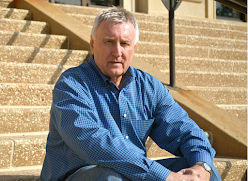 Award-winning author Bill Briscoe grew up in the oil and gas refinery town of Phillips in the Texas Panhandle. As his retirement was on the horizon, he had an idea about a book. That idea became Pepperman’s Promise, the prequel to The Pepperman Mystery Series, leading to Perplexity, Panic Point, and now Perfect Payback, books one, two, and three of the series. Bill and his wife of over fifty years live in West Texas.

CLICK TO VISIT THE LONE STAR LITERARY LIFE TOUR PAGE
FOR A COMPLETE LIST OF BLOGS PARTICIPATING IN THIS BOOK BLITZ!